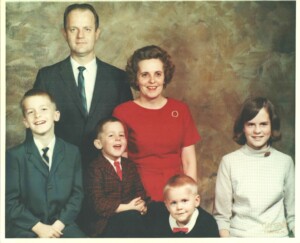 I was number two in the family, the first boy of three with an older sister.   It was never a question that my parents loved each other and I knew they loved each one of us.   My parents treated each one of us equally, but my sister was the first and being the first child it seems your parents always have the highest expectations of them.

We were all preachers’ kids and when you are growing up you don’t really understand how different that can be.   My parents expected us to be extra special I think in many ways that I didn’t even understand until I got to be older. We all wanted to please our parents and to me that meant you had to be the same person everyday of the week not just Sundays in church.

My parents were always honest and hard working. They never expected anything from us that they didn’t do. If we wanted to buy something we would have to go earn it for ourselves. I got a morning paper route when I was eleven years old and was always up early. Each day my mother would make breakfast for us before school. I found out later that many kids didn’t have a mother like that.

My dad had a simple faith.   If it was written in the Bible, it was true. Every word of it, from Genesis to Revelation. When he prayed and God spoke to his heart he obeyed. Just because it was a good idea wasn’t good enough for Dad. It had to be of God. If he knew that God was in it, he was fearless. He was also known to force his kids to implement God’s will for him. 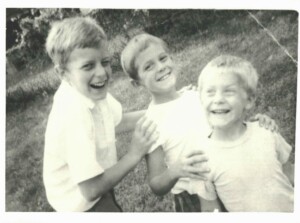 Growing up in the city I really didn’t know much about the outdoors like hunting and fishing. Whatever tasks we did for our parents they expected us to be on time and responsible about completing our duties. I remember one time that I was going to run away from home because none of my friends had to empty the garbage.

But, we had a great backyard for playing sports that also had a basketball court, a fireplace and a great tree house that I helped my dad build. My parents would use the word irresponsible when I had done something that disappointed them and they would let us know with plenty of discipline.

I remember my dad had me shovel several feet of snow in front of the church one Sunday morning. I told him no one is going to come.   But if Dad said he was going to preach on Sunday morning he was faithful to follow through. He never cancelled a church service in the many years that he was pastor of the Pittsburgh Church of the Brethren in Pittsburgh.

In the late 60’s every Sunday afternoon my brothers and I were coerced into setting up over 100 folding chairs in a church that the pews would hold 150 comfortably.   He said that God told him that people from all over the world would come to that little church on Sunday night.   Hundreds of salvations and healings took place during those services and people’s lives were changed forever.

One day my parents began telling me about building a Christian TV station.   I thought my dad could do anything God told him to do so I figured it was going to happen. I remember riding my bike to the local bank to deposit checks for small donations that would come in the mail.

As a kid I was always fascinated with technology and always told my mother that I wanted to invent something. In later years this turned into a love of television production when I was in high school. I had a friend whose dad worked at the NBC affiliate in Pittsburgh. So this is what I decided to study in college at Oral Roberts University, honestly never thinking that I would someday work at Cornerstone Television. 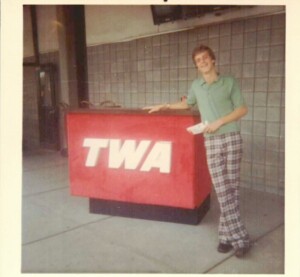 During my sophomore year in college I knew I needed to get real television experience if I’m going to work in “the business.” I kept going to the closest TV station to the college campus and applying for a job. I would show up at the studio many times to watch the local news and make sure they knew who I was. After even volunteering some of my time at KTEW Channel Two in Tulsa they finally relented and hired me.

I remember coming back home to Pittsburgh for a visit sometime in 1978 and seeing the small building, trailers and tv tower up on a hill in the woods in Wall, PA and thinking this is really a crazy idea, but I had seen God do great things through my dad’s ministry. As a child I remembered telling my friends that my dad was going to build a Christian TV station, but now I knew it was nearly impossible after I learned what it takes to operate such a facility.

I went back to school shaking my head thinking my parents needed some major miracles for this to be successful. Later on that year I had heard about one setback after another in Wall, PA, even a fire.   But as the calendar changed to 1979 I was so happy to hear that WPCB-TV40 went on the air. Wow! It really happened!

Later that year I found out that channel 40 was having a telethon and desperately needed help.   I decided I needed to find a way to come to Pittsburgh to volunteer and help them for a week. When I came I was shocked with how bad everything was. There was a tiny little studio with second hand equipment, cameras that turned green during live broadcasts and a transmitter that would go off the air all the time. 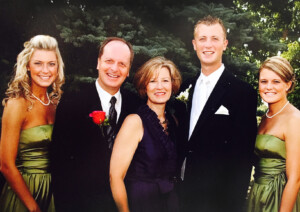 After going back to Tulsa, I thought how could my parents be a part of such an operation as this? As time went on at school and at work, I had this uneasy feeling in my spirit that my career goals were being changed in my heart by God. Here I was at a place where I got a chance to work in beautiful studios with some of the best equipment and I kept thinking about Christian television.   I can’t go back to Pittsburgh!   I don’t want to be the boss’s kid! I have my own plans!

At some point late in 1979 I called my parents and asked them if they had been praying for me to come join them. They said they were praying for God to bring all the people He wanted. I said I can’t believe I’m saying this, but He wants me to come. I talked with my boss at work and he told me I was throwing my career away. 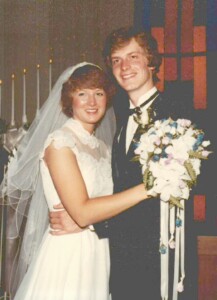 But God honored my decision to come.   I met Faye, a wonderful wife of over 35 years now and have three children and some grandchildren. I’m the only child of four that lives in the Pittsburgh area to this day and have been blessed to see my parents through the highs and lows of ministry.

Growing up in a minister/evangelists house hold, it can be somewhat dysfunctional with the demands of a family versus ministry. My siblings and I didn’t understand all the reasons why our parents were so distracted and focused on the things of God all of the time. As we have gotten older we all have grown to respect the lives our parents have lived and I have seen it up close and personal.

My dad was an example of perseverance, never giving up and continuing to walk confidently in the midst of life’s storms. Back when God called him to be a minister he didn’t truly understand what that meant but with God’s help became a pioneer in many aspects of ministry.

In so many ways I saw my father’s relentless desire to honor the vision that God had revealed to my mother. God had burned a place deep in his heart for Cornerstone Television that consumed him. His commitment never wavered whether things were going good or bad. I believed that whatever God told him to do would eventually come to pass.

When it came to Christian television he stood firm for the vision, for ten critical years before channel 40 ever went on the air. He understood the importance of forgiveness, as he continually forgave those who unfairly criticized him. Dad instilled the importance of being totally honest, even transparent, with viewers, volunteers and staff.

It was hard to watch my dad’s health fail in the late 1990s. He was fighting for his life right up to the time he was in the ICU at the hospital. As the year 2000 rolled in, my dad left this world for a better one having fought the good fight of faith to the end. 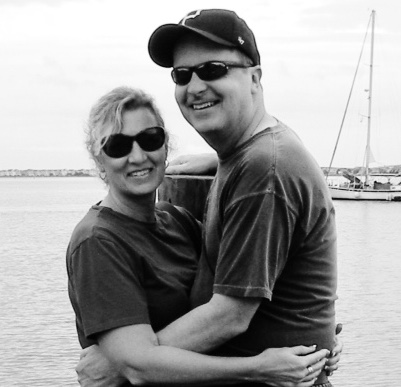 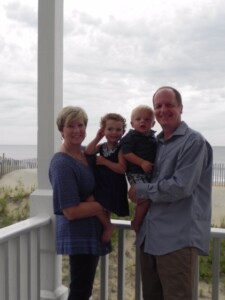 My mother loved people and they loved her. She always had a way of making the ones around her feel special. She loved to shop and go out to eat with her friends. She enjoyed working in her garden in the backyard with flowers of all kinds and there was a constant war with those pesky weeds in her yard!

Many people were surprised to find out that my mother has been facing health issues for many years.   She never complained and hardly said a word about it.   She was always upbeat and positive to all her friends and family. She never wanted anyone to know. Through the years she always wanted to cooperate with her doctors. She would tell us and the doctors that her life was in God’s hands.

In spite of her health challenges her stamina was amazing. She could outlast people 20 years younger! I’m forever grateful to my mother, Norma Bixler, for hearing the voice of God which was confirmed by the scripture, “Thus says the Lord God: Behold I will lift up My hand to the nations, and raise My signal to the peoples,”  – Isaiah 49:22a (esv). 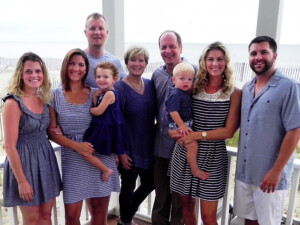 She also understood the critical role that intercessory prayer plays in pulling down strongholds, enabling Cornerstone Television to move forward. Mother’s obedience to praise God, in spite of great challenges, throughout the years has been a testimony to all of us. For her ability to stand in faith with dignity for what God had called her to do, she has our absolute respect.

For many years before my mother died in 2015 she had wanted somehow to create a website to preserve the legacy of our family. I trust that all the resources, videos, sermons, stories and pictures in this website will be a tribute to the pillars of faith that my parents were for the kingdom of God.